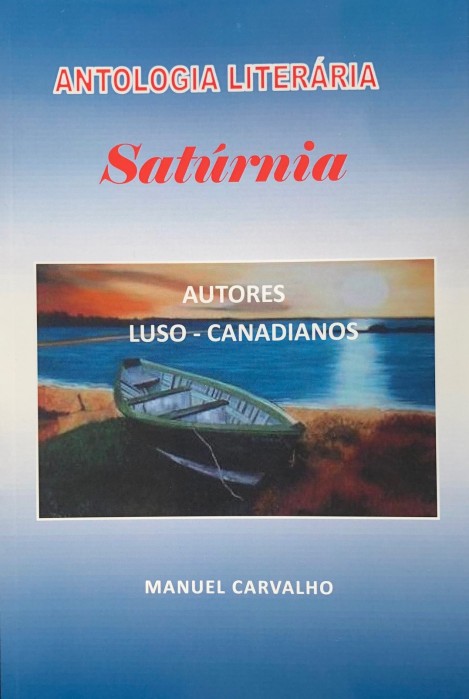 Manuel Carvalho, a writer and editor from Montreal, has been collecting the contribution of Portuguese writers in Canada for over twenty years. His work has culminated in an important publication of over 120 Luso-Canadian writers, Antologia Literária Satúrnia – Autores Luso-Canadianos.

The anthology of over 400 pages, a significant addition to the documentation of the canon of the Portuguese diaspora in Canada, is primarily in Portuguese, with a few texts in English and French. The selection criteria for inclusion in the anthology was that a writer be already published in book form. However, Manuel Carvalho made a couple of exceptions and included two texts from writers not yet published. I am overjoyed to be one of them.

I am extremely honoured and delighted that he chose my English written essay, Being Through Words, originally posted on my blog, as one of the exceptions made. I am very proud to be included in this collection (page 379) and offer my heartfelt obrigado to Manuel Carvalho.

Making the anthology available to readers during a pandemic has proven a great difficulty. However, despite no official book launch dates, copies were distributed to those who attended the Toronto launch for Avós: Raízes e Nós this past September.

The anthology is currently available for download on PDF and I encourage all those who can read in Portuguese to have a look at this collection which gathers a wide variety of Portuguese writers in the diaspora who, despite living far from their geographical roots, continue to write in Portuguese but also in the languages of acolhimento, the official bi-lingual languages that welcomed us into the Canadian social landscape. 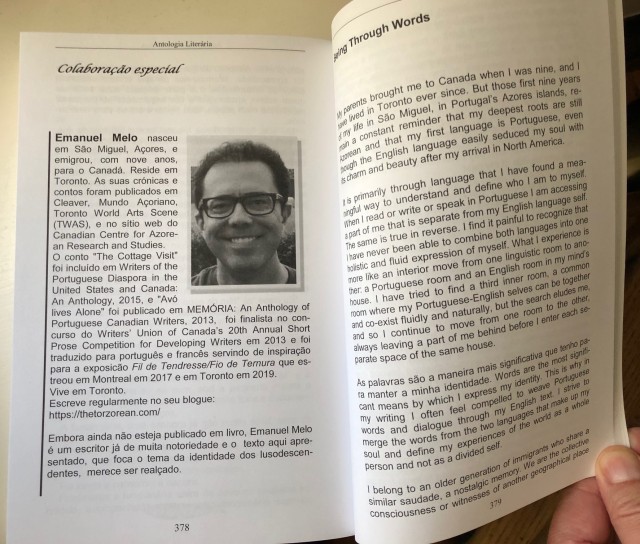 Here’s a couple of articles, in Portuguese, about the anthology: