Visiting My Self in the Museu da Emigração Açoriana

It’s been two years since I visited the Museu da Emigração Açoriana in the town of Ribeira Grande, on the island of São Miguel, in the Azores. But I haven’t forgotten how that visit made me feel and what emotions it evoked for me as I reflected on my own journey of immigration.

I was there accompanied by a busload of participants from the 26th Colóquio da Lusofonia held in Lomba da Maia. The group consisted of diverse people interested in the literature and culture of the Azores, some for whom Portuguese was not their first language. But because of their love for the Azores, they have become champions and promoters of the culture, and seem to identify as strongly with the islands as much as those who were born there. Often, the discovery of an ancestor from the islands is enough to connect them to their heritage. Others came from mainland Portugal, and some from as far away as Brazil and East Timor. Finally, there were local writers, teachers, and poets who live on the islands.

Each of us, I assumed, had a different experience and relationship with the world of immigration, either because we had been immigrants ourselves or were touched by the lives of others: families and friends who had left the islands for other places.

It had already been a long day of touring, with stops at a tea plantation (Chá Formoso), and a liqueur factory (Mulher do Capote), when we arrived at the immigration museum, where a reception that included local delicacies and drink awaited us. That day, I was seeing the island from the perspective of an insider who had become an outsider after I left at the age of nine for Canada.

Although most of the group continued to be tourists walking about the museum, looking with curiosity at display cases and artifacts, I stopped feeling like a tourist and instead found myself to be a living artifact escaped from the glass case depicting the immigrant life of those who went to Canada.

I was surprised to see under the glass cover a photograph of someone I knew: Senhor António Tabico, a prominent Luso-Torontonian who organized Romarias from Toronto to São Miguel each year to participate in the ancient island tradition of men wandering the island in holy pilgrimage during Lent. He also owned an Azorean restaurant in Toronto, O Tabico, where my family gathered for celebrations over the years, including my parents’ 50th wedding anniversary. Although he passed away in 2013, I can still hear his deep voice and laughter and good natured disposition when he would come over to our table to greet my father, a friend of his, patting him on the back and recalling shared memories.

I remembered this and more as I leaned over the glass cover to witness the preservation of my living history. I was aware of the others in the room looking at the display, curious about what they saw, but Senhor Tabico was just another photo to them, as were also the hundreds of other immigrants who were encased in photographs showing them leaving for the United States, Canada, and other parts of the world. Senhor Tabico’s photograph, however, was the link to my life in Canada, beyond the glass case, a part of my living history.

I was also captivated by photographs of the history of SATA airplanes because I had most assuredly boarded one of these early models when I had left the island as a little boy. I could almost see myself again inside the tiny airplane that had taken us from our island to the island of Santa Maria before boarding the large jet that took us across the ocean to Canada.

I saw a barrel-container sent from someone in the United States to family back home and it reminded me of the container we once received full of clothes, toys, and canned peaches, sent by my father, who was already in Canada. The excitement and awed mystery I felt in seeing, touching, smelling, and tasting these foreign treasures made tangible for me the  world where my father and other family members had already gone to live.

Old letters, passports, and other mementos and artifacts, lovingly preserved in this museum, painfully and profoundly disturbed my sense of belonging and living in the real world rather than there, enclosed and preserved as a long ago participant in the immigration experience of my people.

I am sure my feelings were not that unique and that anyone else who has experienced immigration would feel the same, if they saw their lives’ history encased in glass.

I walked out of the museum feeling a deep void inside myself and a sadness, too, as if I had just visited a self I used to be but who died a long time ago. I’d rather forget those artifacts and those photographs documenting the lives of people like me; documenting me! Yet these images haunt my present-time and remind me that I will always carry with me the knowledge of where I came from and how I was made to leave my place of origin in order to have a better life elsewhere in the world.

We continue to live at a time of great immigration, which should not come as a big surprise, because human history has always been one of constant immigration. Perhaps the history of Azorean immigration, mostly to escape poverty and, at one time, even during my youth, the colonial wars before the revolution of 25 de Abril, is mild compared to the heart wrenching stories of the lives of the current waves of immigrants who are fleeing war-torn countries and seeking asylum in the USA, Canada, and other parts of the world. How can I compare my experience of feeling torn apart as a child, when I left the island I called home, to the reality of thousands upon thousands of Syrian children, for example, who have witnessed the destruction and horrors of war in ways that I never did?

I think about these children when I see them on the television news and I wonder how they will survive and reimagine themselves in their new world of freedom. I wonder if, in the eyes of a child, the horror of being torn apart and having to leave your childhood home is, at the core, just as horrific to the psyche, regardless of the incidentals that tore you apart, be it poverty or the destruction caused by war.

And how does the memory of home, your first home in the world, shape your future life?

I recently saw Our Man in Tehran, a documentary by The New York Times correspondent Thomas Erdbrink about modern day Iran. One of the segments shows a teenage girl of Iranian background, but born in the USA, who had gone to Iran to visit remaining family. She felt immediately at home in Iran and would  had gladly given up her North American freedoms for the chance to live in a place that haunted her dreams.

Her mother and sisters could not understand her irrational desire of wanting to go back to the place they had fled from persecution and war. But she found that the geographical location was somehow embedded in her DNA as something stronger, deeper, beyond the chaos of war and politics: a connection with the undefiled ancient beauty of her culture and her place in it.

Perhaps the desire to go back home is nothing more than an attempt to satisfy the illusion born out of  that old wicked saudade the Portuguese claim as uniquely theirs. But the Portuguese, I have come to realize, aren’t the only ones who feel the longing and absence for something lost. There are words in different languages that also capture the essence of saudade.  Ultimately, everyone who longs to return to their home of origin, even when the safety of that home is no longer there, is a victim of saudade. I say victim, because saudade can deceive us into reinventing a past that is all glory and easily forgets the suffering experienced.

And yet, we do need a little of saudade to keep us emotionally sane. You can continue to sift through memories and hold on to what was good, even as you forge ahead into a new life. This, I think, we all share, all of us who have experienced immigration as part of the human journey on this planet.

The Museu da Emigração Açoriana exposed me to old wounds but also provided me with healing comfort, weaving the past to the present and beyond, with the assurance that immigrants always carry on. 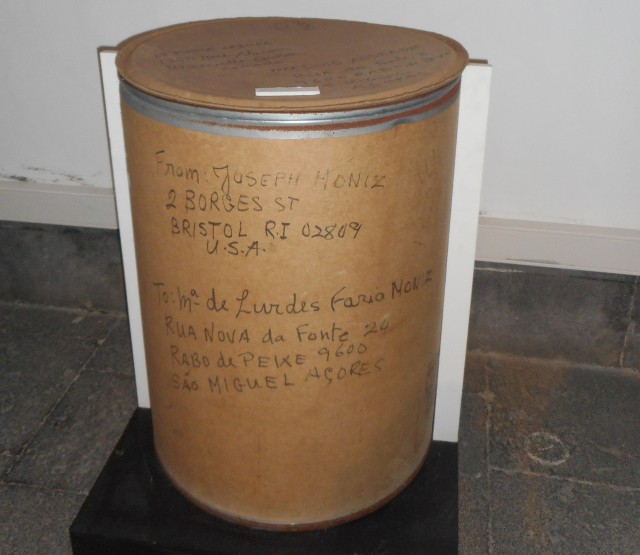 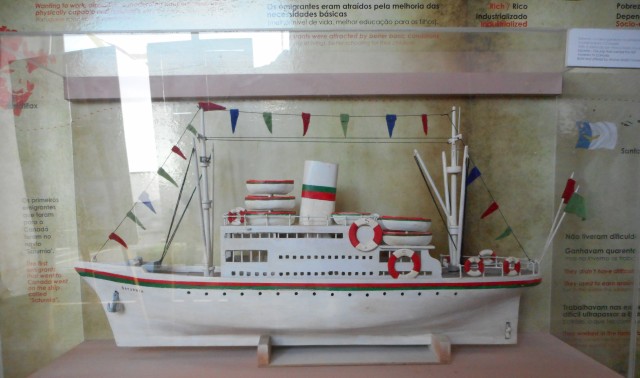 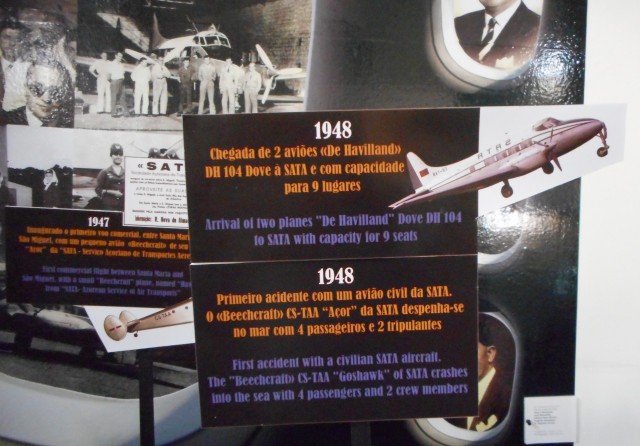 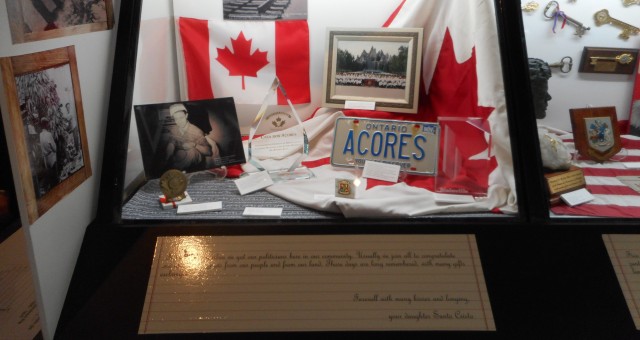