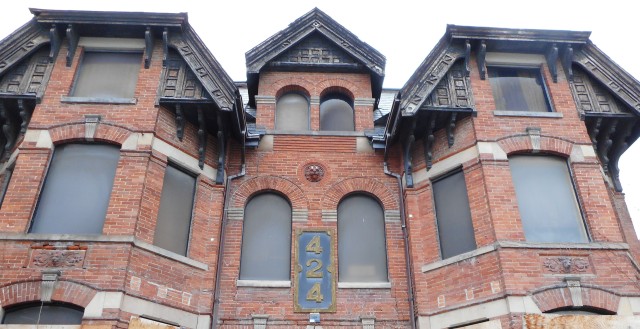 As I walked down Spadina Avenue, and turned onto Wellington Street West, I came upon a massive construction site with new condominiums going up on the south side of the street. But I should not have been surprised to see yet another gentrification project that is making the Toronto I know, unrecognizable to me.

It’s not that I’m against change. I only object to the demolition of older architecture to make way for new and sadly predictable, characterless, unimaginative buildings. For this reason, despite having my camera on me, I didn’t feel inspired to take any photographs of yet another long stretch of razed land, giant cranes and steel frames of new buildings in the making.

But as I looked at the other side of the street, what I saw made me gasp and I reached automatically for my camera to take photographs of a beautiful boarded up house. I wanted to preserve its memory, before it was gone. But I didn’t need to fear its removal. A billboard sign assured me that the house’s architectural skeleton will be incorporated into a new condo project.

The house, even in its sad state of impending decay, still showed beauty and dignity, guarded by two very sad looking plaster lions who knew they had failed to protect it from the developers. I took my time looking at the house’s exterior, trying to feel its spirit and history in its elaborate rooflines, its variety of windows, its warm red bricks and wonderful decorative terra cotta.

In an attempt to preserve old architecture, it has become quite popular to incorporate facades into new buildings. And as much as this is perhaps better than total extinction, I question why we need to impose something new and massive over something old and small. Is this the only way to justify the continued existence of the 424 Wellington House and its rightful place in the history of the city?

And I wonder what will happen to those two faithful lions? 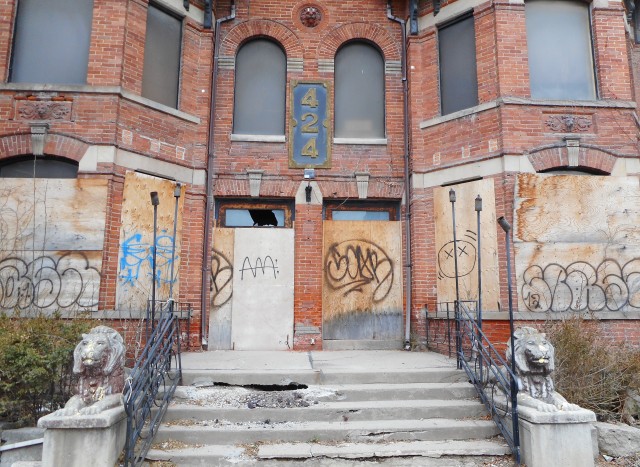 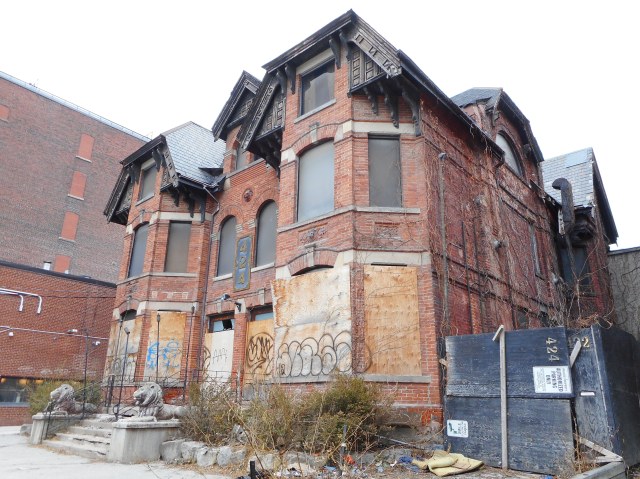 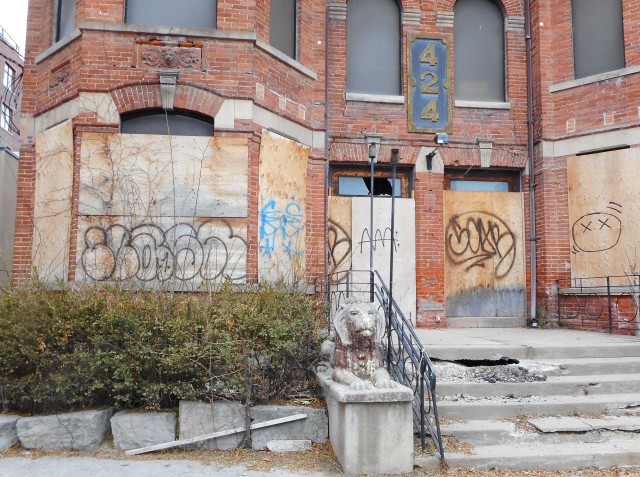 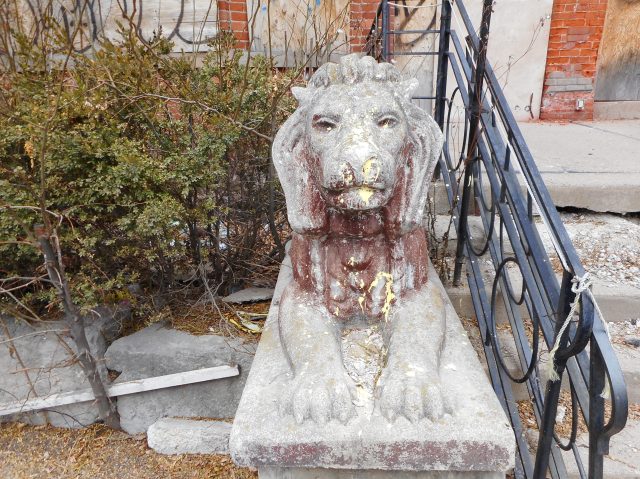 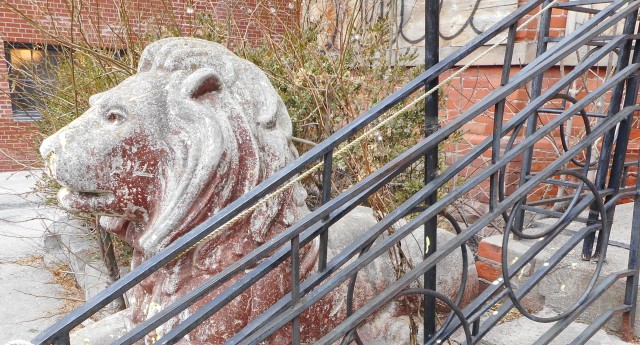 According to the sign, the Wellington House condo project should have been completed by spring of 2017, but I took these photos in December of 2018. The delay might be related to an attempt to preserve 424 Wellington Street West under the Ontario Heritage Act.

Addendum on the fate of the Wellington House, March 2020:

4 Responses to The 424 Wellington House