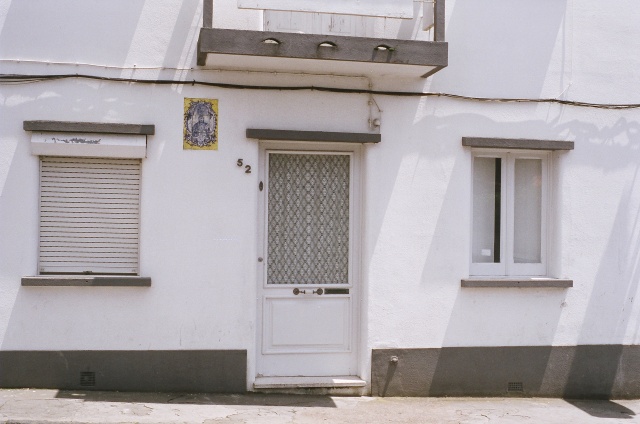 The house where I lived in Ponta Delgada, showing an azulejo of Senhor Santo Cristo

I meander up and down the streets of Toronto’s west-end neighbourhoods, where many Portuguese came to settle decades ago, and I look for signs that show me a Portuguese family might still live there. It’s not guaranteed that every house will have the religious azulejo glued to the front facade, but many houses still do, although fewer and fewer, as Portuguese families leave the city for the suburbs. Newcomers to the area are gentrifying the houses by removing these ceramic tiles; the azulejo has no resonance or meaning except for the Portuguese Catholics who put them up as a way to remember a tradition from back home.

When I come upon a house that still has the azulejo, I stop; and like a reverential pilgrim, I take a photograph as a souvenir of these religious signs. Most azulejos depict the image of Senhor Santo Cristo (identifying the house as Azorean-Portuguese), but there’s also many Our Lady of Fátimas, Holy Families, Guardian Angels, and a variety of saints, the most popular being St. Anthony of Lisbon (better known to the rest of the world as St. Anthony of Padua).

There’s something comforting to still see this colourful sign that assures me of the Portuguese presence in Toronto; but I can’t help feel sadness, too, knowing that one day they will all disappear.

In 2015, Phillip Mendonça-Vieira did an important study of the azulejo in his photo-essay, “The Saints of Little Portugal,” and I urge you to read his remarkably thorough documentation of the history of this Portuguese tradition, for now, still present in Toronto’s Little Portugal.

These are just a few of the houses in Toronto that still display the azulejo: 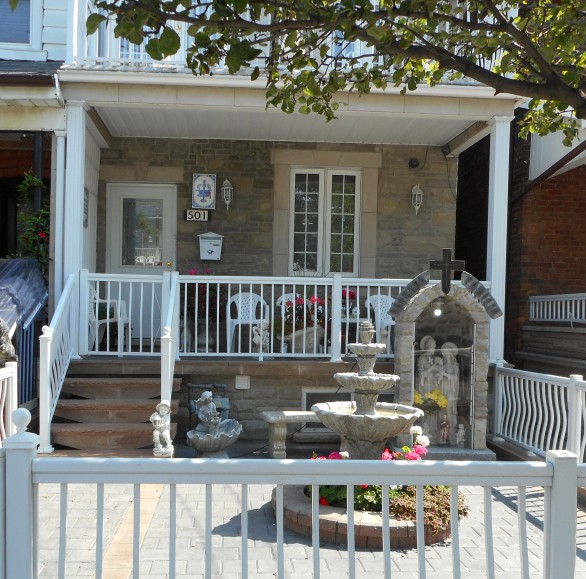 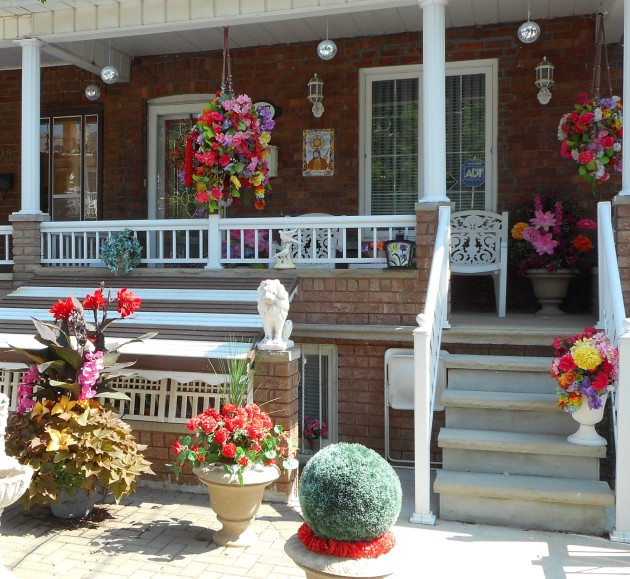 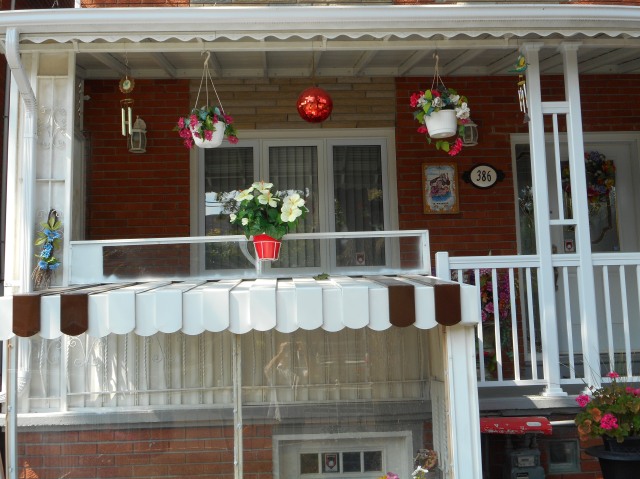 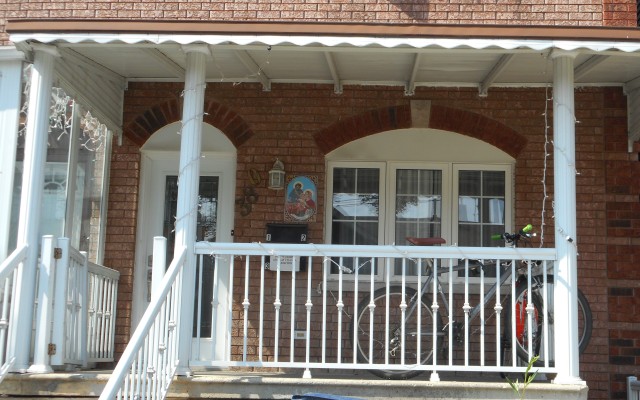 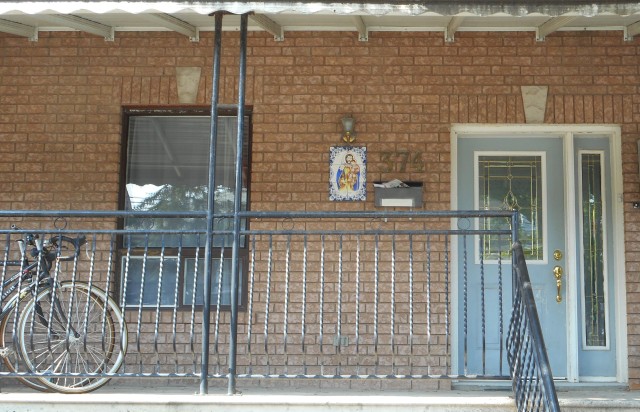 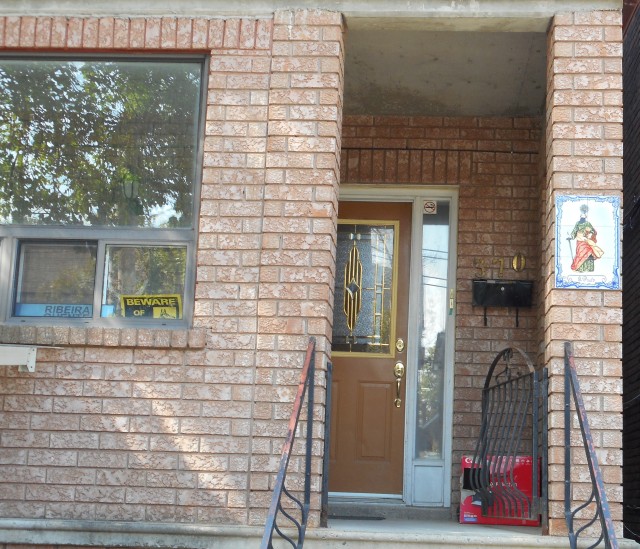 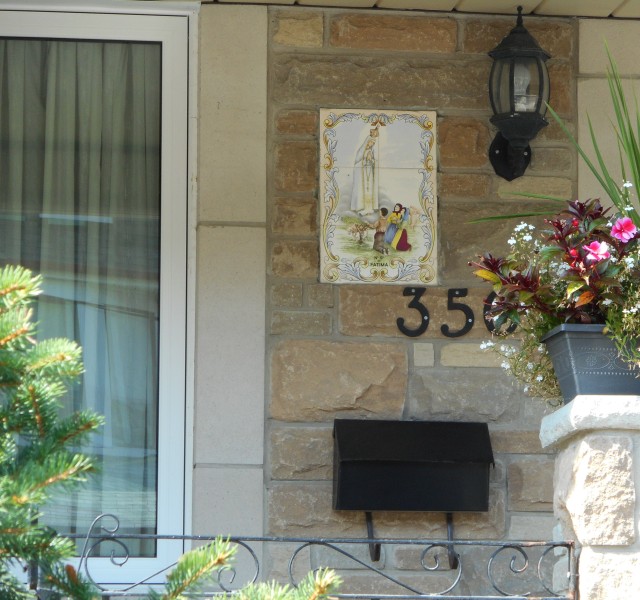 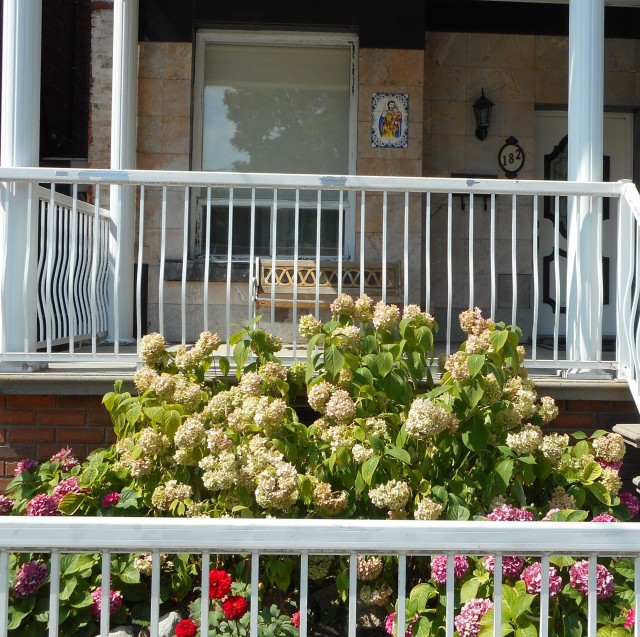 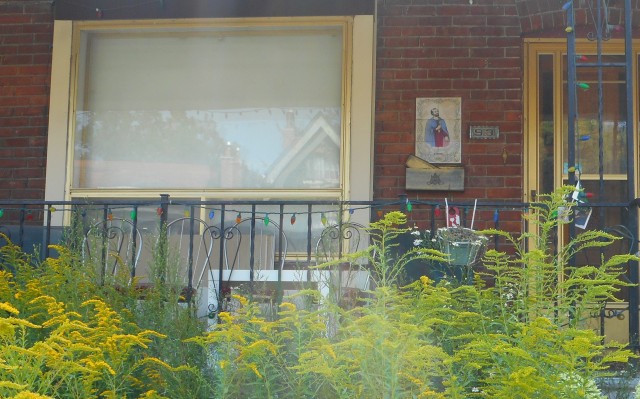 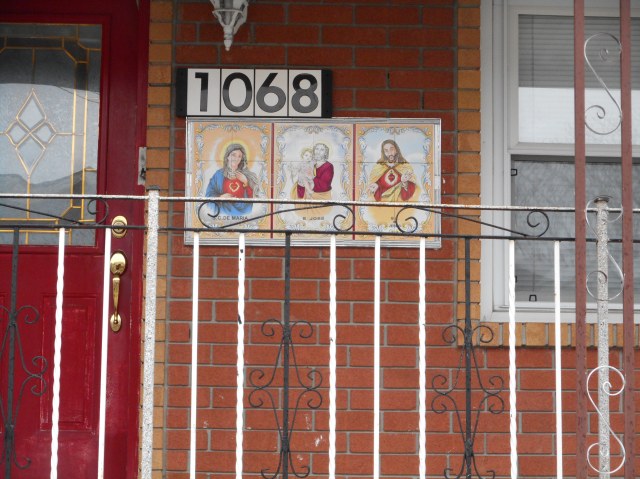 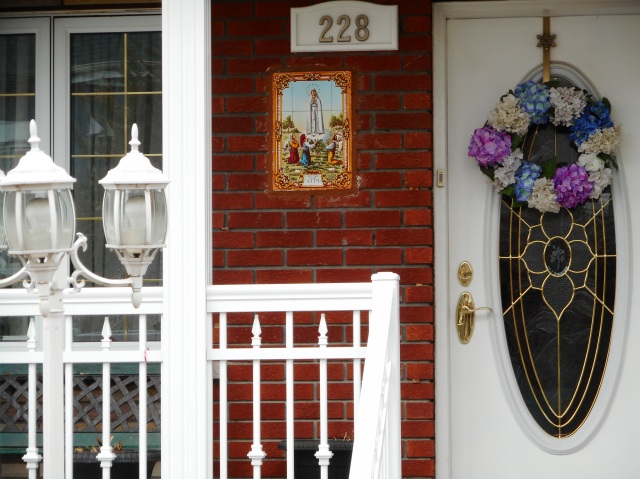 this house on Markham does not need an azulejo to be Portuguese: 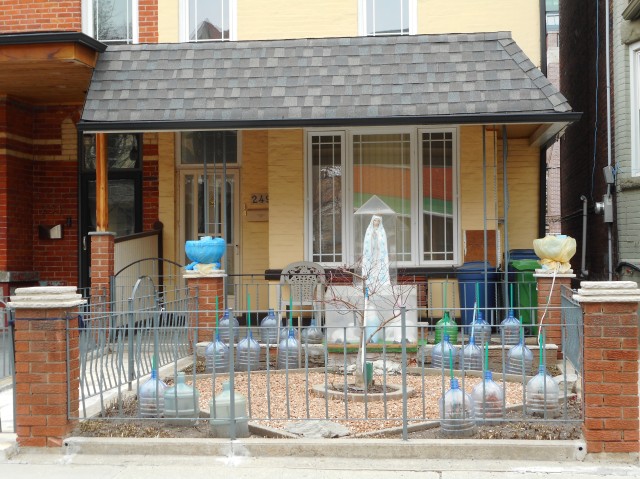 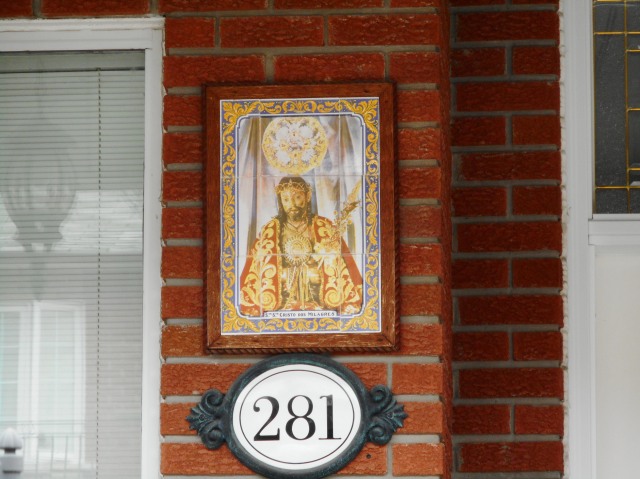 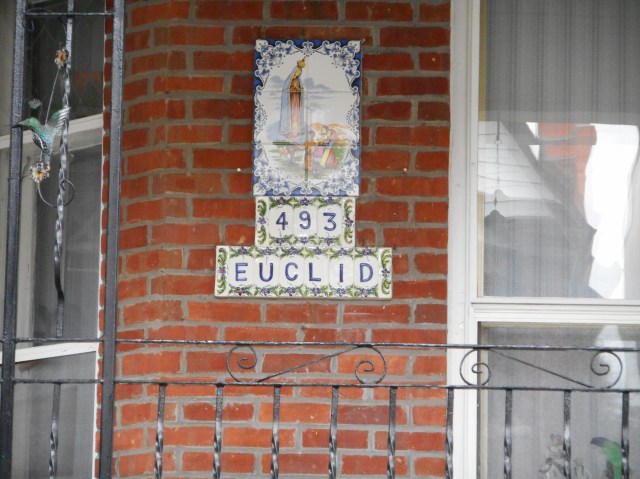 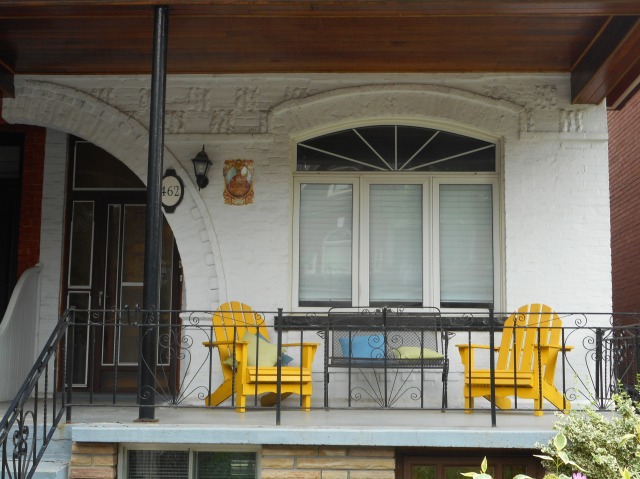 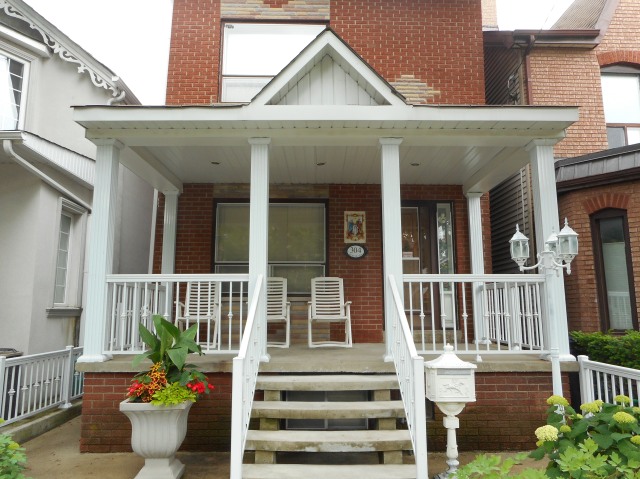 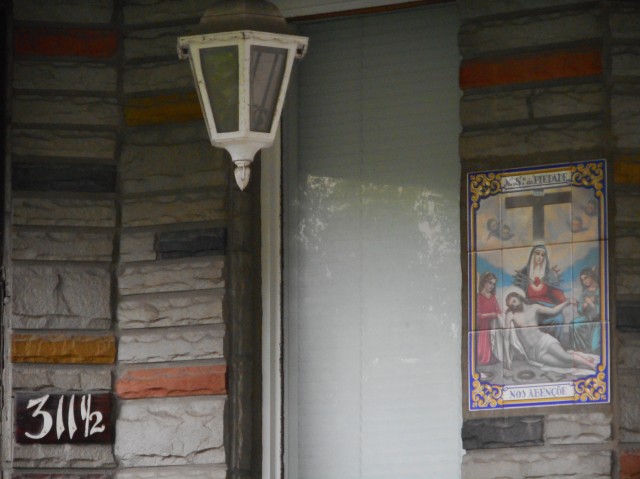 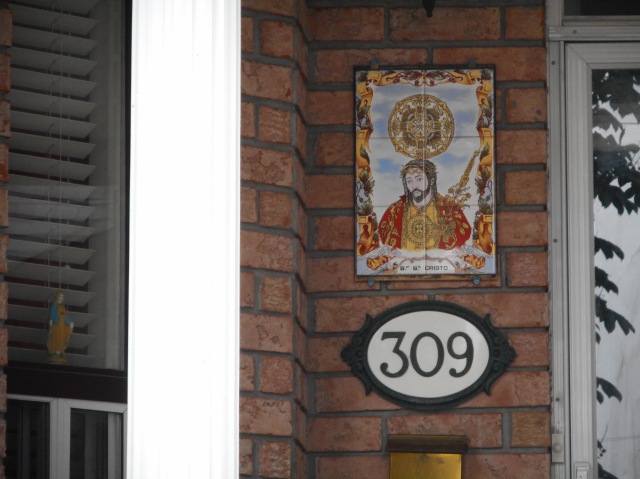 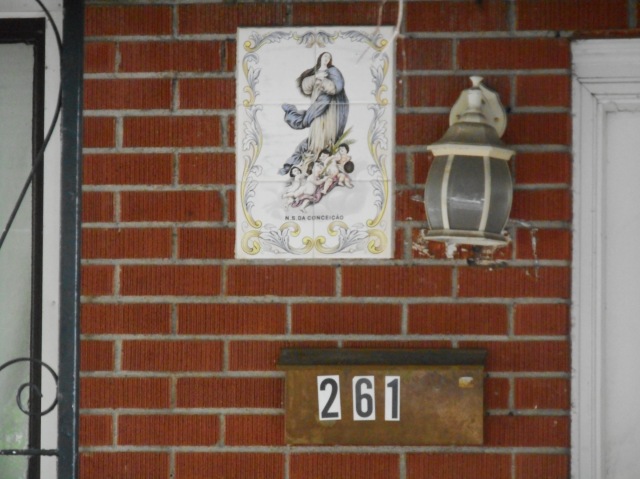 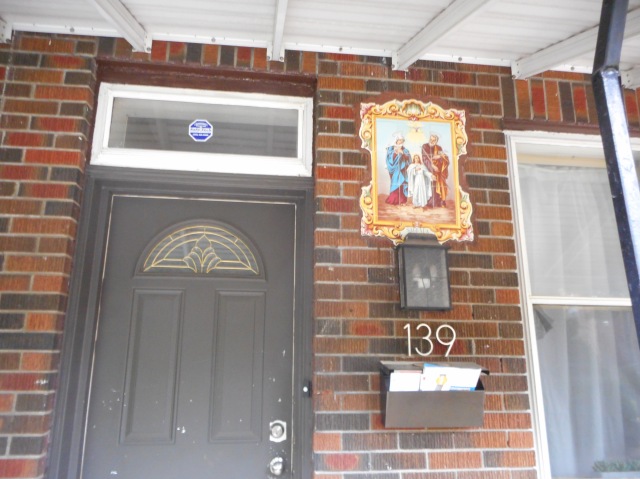 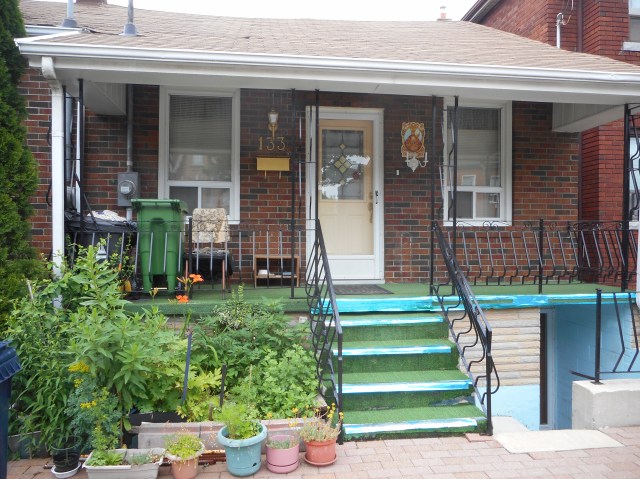 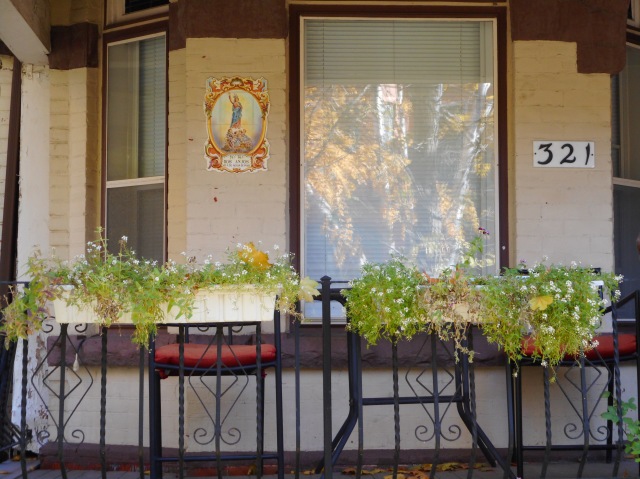 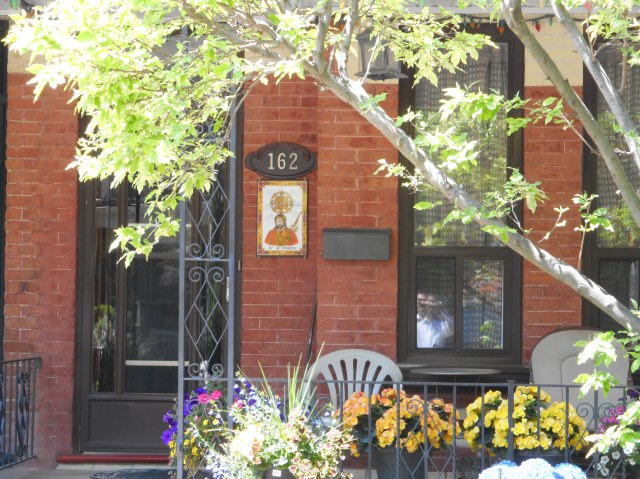 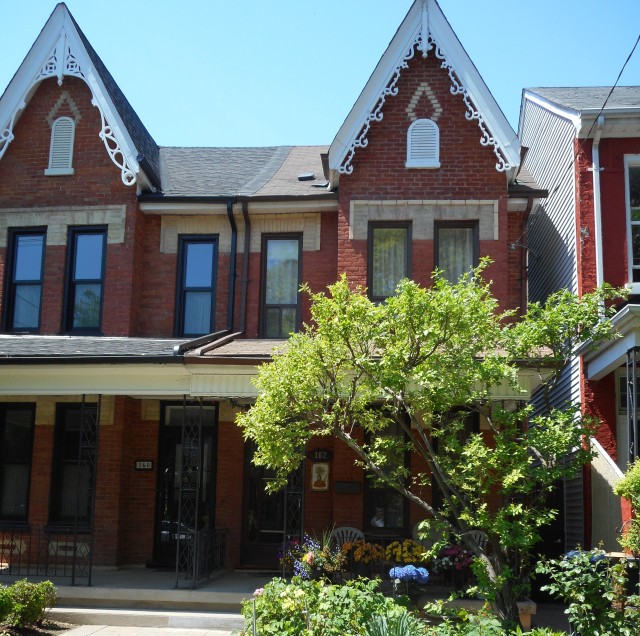 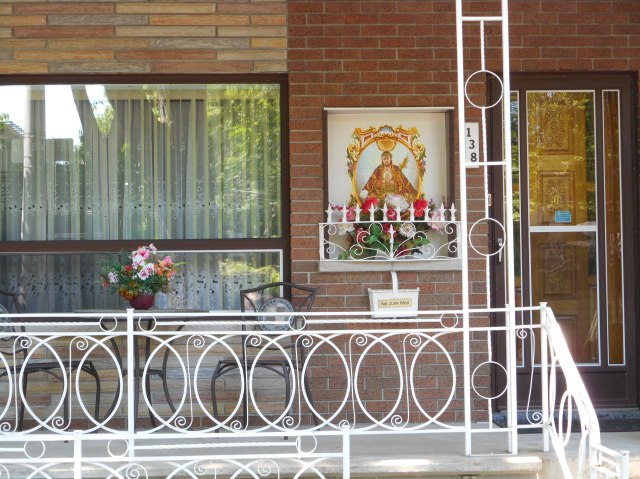 Bathurst Street: after a recent house fire, the azulejo remains: 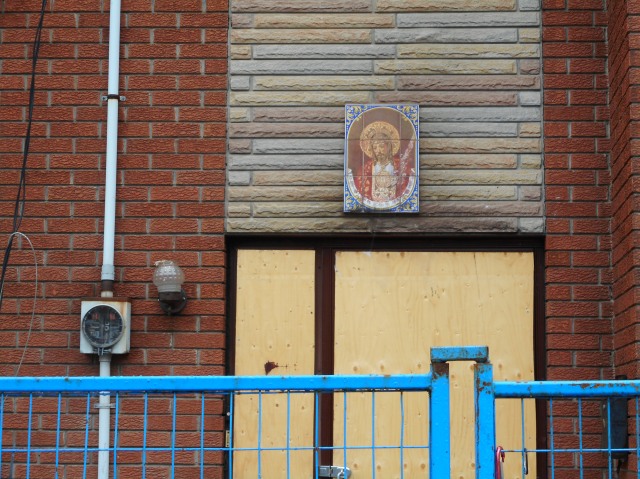 And I could not resist to include this photograph, taken in Montreal: 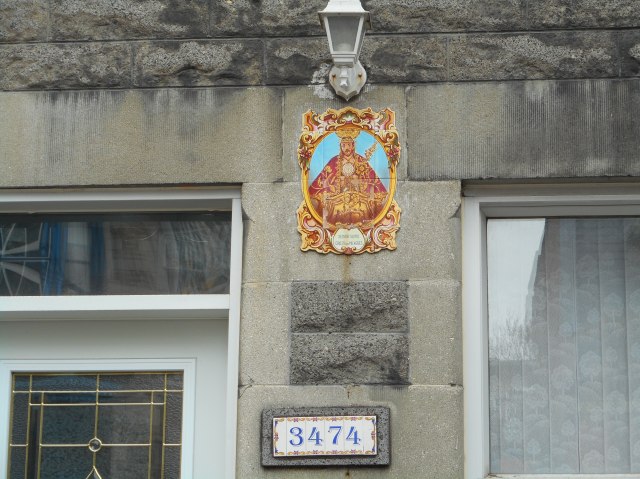 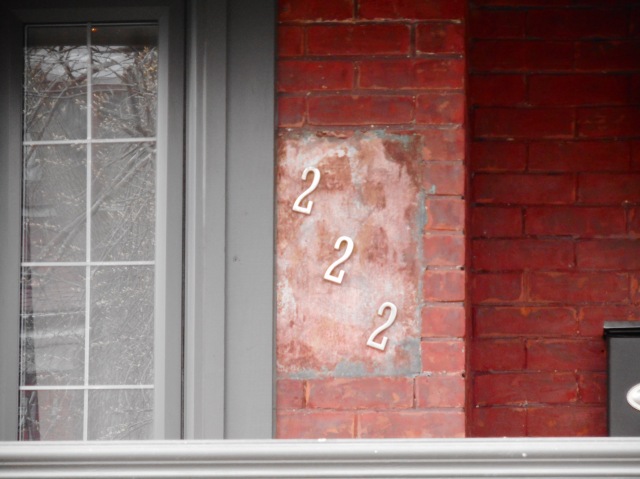 1 Response to Looking for Azulejos in Toronto’s West End