The Last Snow Visit to My Garden

A little bit of snow lingering on my forsythia

Looking now at the photographs I took of my garden the day snow came to visit on April 21, I am reminded again of those wise words of Ecclesiastes. You know, the ubiquitous and overused “There is a time…” Well, as much as I marvel at the sight of snow, I really don’t want to see it now. Not until it returns in its proper season of winter. There is a time, indeed, for everything, but it’s also wise to know when to let go of something. The garden constantly reminds me that it’s as metaphor for life.

Growing up in the Azores, snow was not even part of my geographical world nor did I have fantasies about it. It wasn’t until I came to Canada that snow imprinted itself on me as something that would forever alter my consciousness and relationship to the physical world and the transition of seasons.

Had I never come to live in Toronto, I would have never known snow as anything more than images from faraway places.  But I’m glad my parents brought me here. Snow became associated with all the complex feelings and adventure of arrival in a new land, a land I call home. 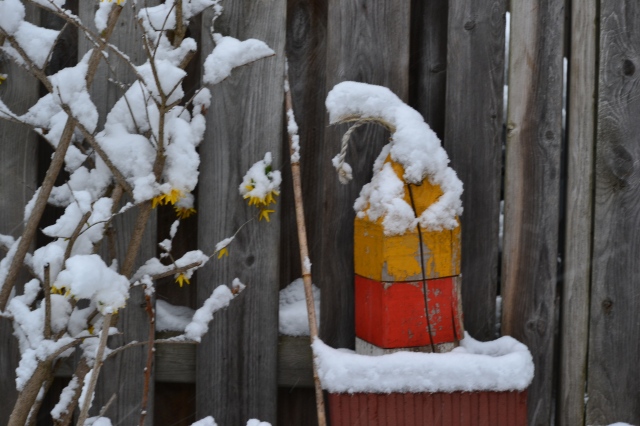 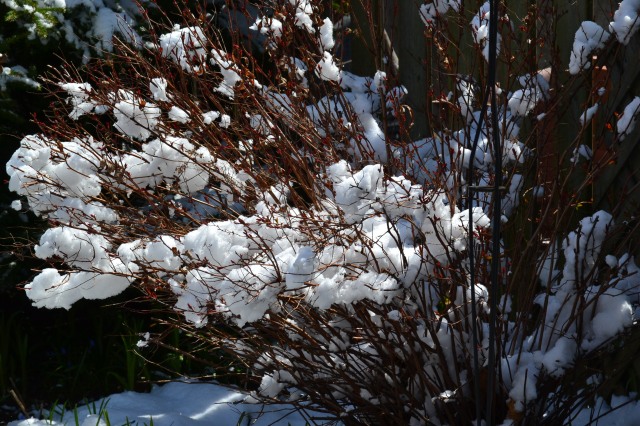 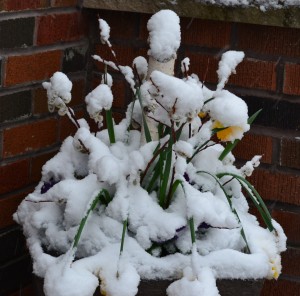 I am now looking forward to spring.

3 Responses to The Last Snow Visit to My Garden