A window in Óbidos, looking out into Óbidos

It was such a very long time ago when I had the pleasure of staying for several days in Óbidos, one of Portugal’s most charming medieval walled towns.

The memory of walking its quiet deserted streets in the early morning hours before the arrival of the thousands of people who descend on Óbidos daily is one that has stayed with me ever since that visit.

These photographs were taken in 1992. I haven’t been back to Óbidos since then. I hope the town has retained its look and that it still delights those who have the pleasure of walking through its streets where flowers adorn walls with such abundance. 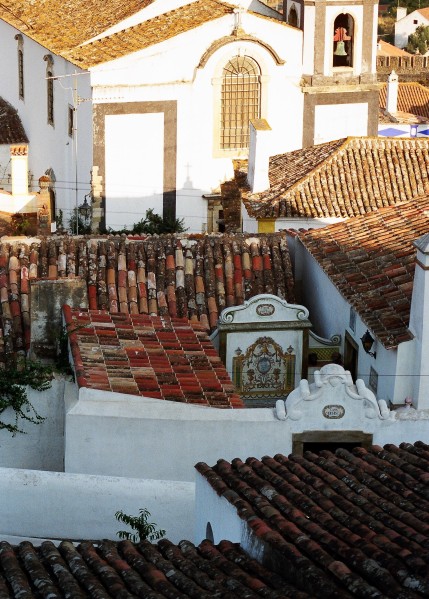