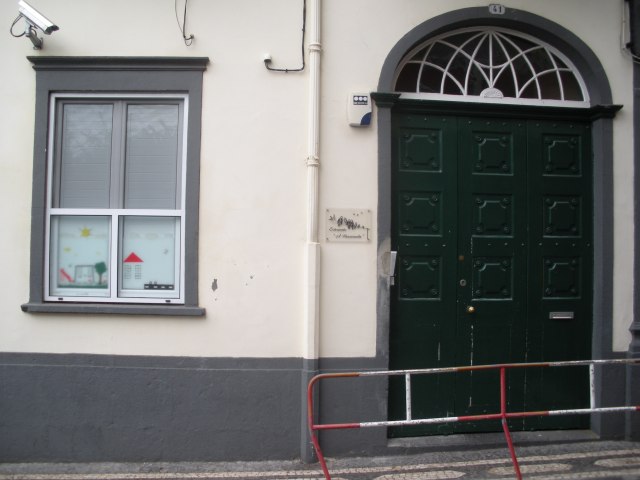 When I am in Ponta Delgada, I always revisit the landmarks of my childhood. There’s a sacredness to standing in front of a house or a building that was a part of my life and I take delight in seeing everything still there, despite my decades of absence.

My ritual walks around the city are mostly done in the morning only because I reserve the afternoons for visits to family and friends.

I’m like the pilgrim who makes stops at each shrine along the way, except that, unlike the pilgrim walking the Camino towards the final destination of Santiago de Compostela, I have no place of final destination; just a meandering walk from one end of the city to the other. Every stop is equally important to me: São Sebastião, the 16th century church where I was baptized and had my First Communion; São Pedro, where I remember the elaborate Nativity Presépios smelling of pine; São José, where every January my mother would take me on the feast days of Santo Antão e Santo Amaro to make a thanksgiving offer of “bolos de massa” shaped in the body part that had been healed in response to prayer; O Convento da Esperança to pray in front of the image of Senhor Santo Cristo. I never tire of revisiting these holy sites because they are the places that gave me my childhood’s Catholicism with its world of saints and feast days, processions and religious traditions.

But the secular places are just as important to my nostalgia for everything that was my world growing up: Museu Carlos Machado; Mercado da Graça; Campo de São Francisco; Teatro Micaelense; Forte de S. Brás; Coliseu Micaelense.

Above all these, I have a special fondness for the first school I ever attended, “A Passarada.” I was five years old when I started there on October 7, 1963. I wore a school uniform by the name of “bata” that my mother had made for me and I still remember the smell of my new leather briefcase full of cadernos and a wooden pencil case.

The memories of my one-year at the school left a lasting impression on me: the classroom; the dark hallways; the wooden doors; the scent of plasticine and inkwells; the voices of the teachers echoing clearly in the air; and the shouting of students in the playground during recess.

During my walks on Rua do Contador, I always wished I could have seen the school from the inside again. Yet it never occurred to me to walk in and just ask someone to show me, a bona fide old student who lives in Canada, around. I had to be satisfied with standing in front of the building, taking photos like a tourist.

And then, in 2012, while visiting an old cousin, she said it was time for her to pick up her little granddaughter from school and rather than send me away, she asked me to join her. Little Marta Julia, she said, would be delighted to meet “o primo.” How could I say no? Well, I’m glad I went because, to my surprise, she parked her car in front of my old school. I, too, had been at “A Passarada,” I told her, excited about the fortuitous opportunity of finally going inside again. She was as pleased about the coincidence and, just as excited as I was, relayed the information to one of the teachers, who welcomed me warmly as a former student and showed me around.  The astounding thing is that, despite the passage of time, my old classroom was, indeed, very much the same as when I had been there as a student.

During a later visit, this time in 2016, when I, once again, walked by the school, I was saddened to see a “Vende” sign on the wall. The school was being sold but I was grateful that I had had the opportunity of seeing it inside four years earlier.

It’s remarkable what emotions the sight of one’s old school can still evoke in adulthood, especially if the experience there had been a positive one. In my case, luckily it had, and so, although the physical school is now no longer there, I can keep on revisiting “A Passarada” not only with the memories of childhood, but with the new memories of ten years ago. 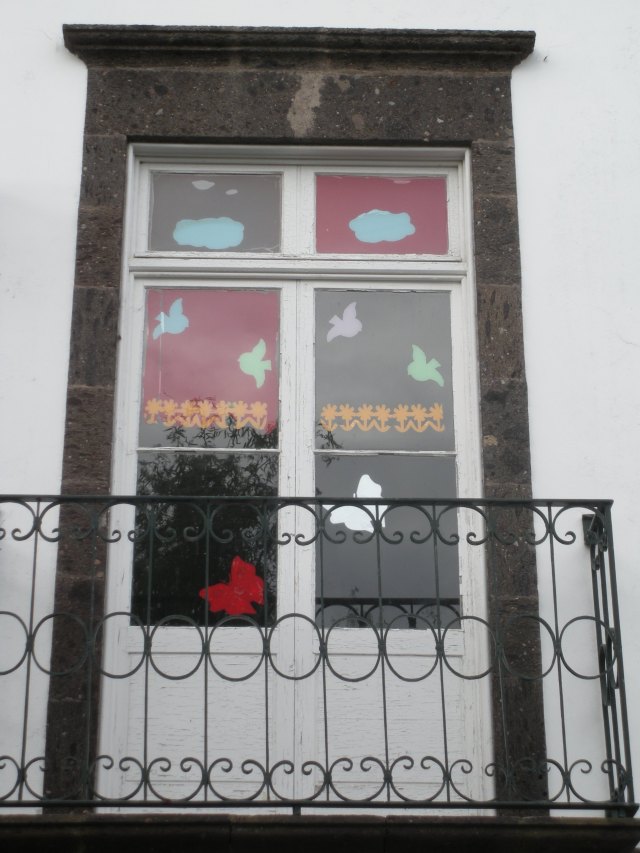 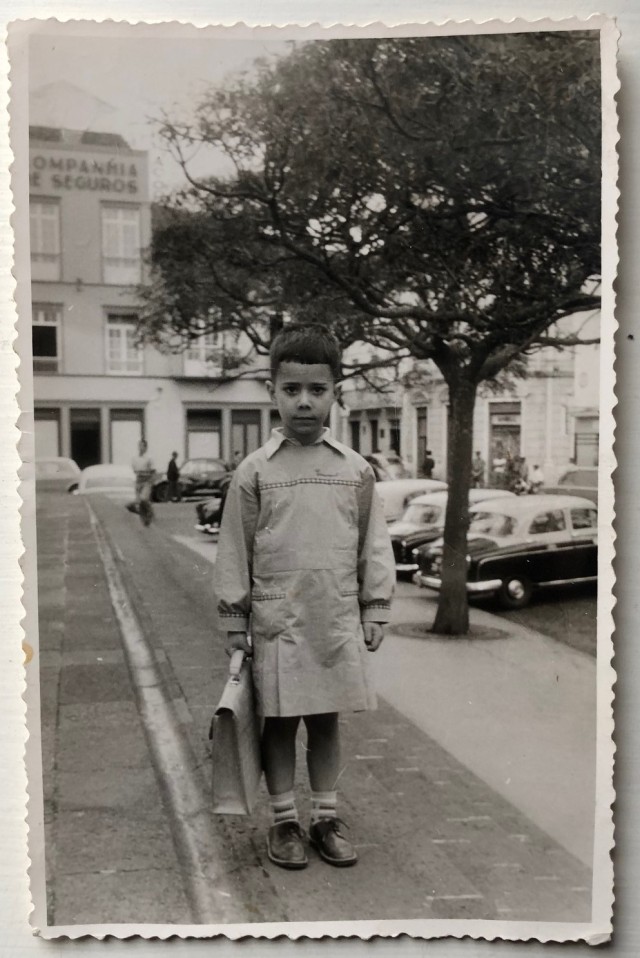 12 Responses to Revisiting “A Passarada”

Leave a Reply to Kathie B Cancel reply