The Guest who refuses to be polite – My first impressions on Beyond Bullfights and Ice Hockey: Essays on Identity, Language and Writing Culture 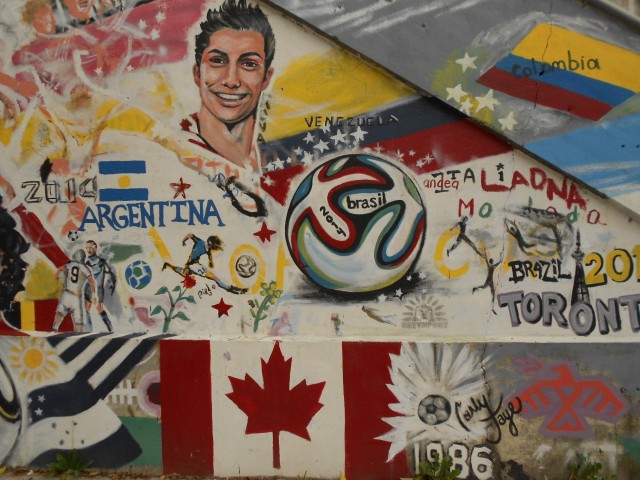 I’m hanging out with paulo da costa these days. On the crowded subway ride to work in the morning and again in the evening on the way home I listen to him; those around me don’t. But I prefer listening to him when I get inside my solitude, sitting on my sofa, in the quiet of my library, where I can be attentive without the pull of people’s chatter. Even at four in the morning, when I cannot sleep, he is still talking. Non-stop. He is the guest who refuses to go home at a decent hour and so, to be polite, I let him speak his words. He gives advice, reflections, meditations; he tries out his thoughts on me, even though too late to change his mind for they are all written down permanently on paper and can only be left alone or ignored or forgotten, if I simply turn the page.

paulo, in the minúscula, is easy, lightweight on my hands, malleable and fluid to the touch, a pleasurable sensation to flip through pages whose words jump out, making my fingers stop the flipping before moving on to the next page, to ponder, read again, turn the page back even. Did I miss the meaning of that sentence? Can I savor the pleasure of repeating that phrase? He says things that I wish I had said. Perhaps I have thought about many of the points he makes, his observations, his conclusions, but he does it so much better and I have been too lazy to give life to my thoughts, I have left the words unwritten, floating in my memory, in chaos. And I find them coherently plagiarized by osmosis. My thoughts are not your thoughts, cautions Jesus. His thoughts are words written down, but he speaks them to me: stories in more than one language. He assumes that I understand. And, of course, I do. That’s why we can hang out together before the dawn breaks. But that’s not the point. He inhabits several worlds, at least two that I am familiar with. I can follow his português side by side with his inglês train of thought. I don’t need the translation even when he, thoughtfully, explains the context of one lexicon to another.

I get up to make tea and when I return he’s still there on the sofa, waiting, alert, eager to keep talking, to keep showing me words, and I sit again and listen some more. My eyes, getting blurred with exhaustion, take in the letters and translate them into inner linguist sounds in my head, heard in his calm, mellifluous, slow voice, with a hint of an accent, foreign yet not foreign.

It all depends on which side of the accent you find yourself. I finally tell him to stop, for now. My brain is fatigued and I need to be alert to grasp the meaning of what he says. I tell him; no, I don’t really tell him anything. I just close him up tightly inside the smooth blanket parchment cover with the drawing of a hockey player and a Palaeolithic bull against a clean white background. BEYOND BULLFIGHTS AND ICE HOCKEY Identity, Language and Writing Culture paulo da costa.

I will open him up again later, and listen some more. We’re not done yet.